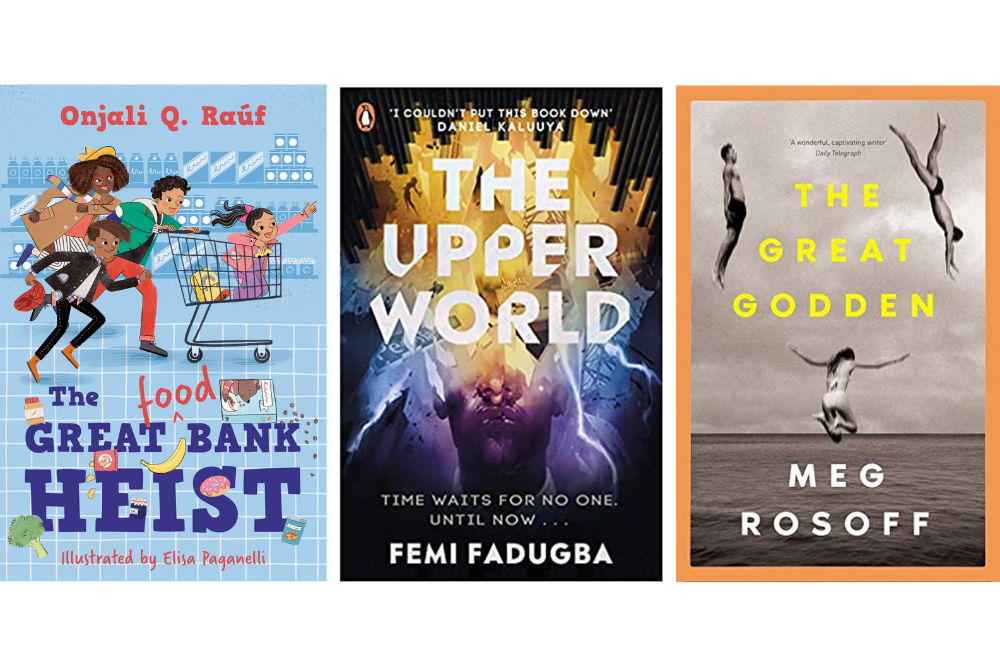 Posted at 11:09h in Uncategorized by Lucy 0 Comments
0 Likes

Settle down with one of these great reads, suitable for ages 9 and over, 13 and over, and 16 and above. What have you been reading? Let us know

This is a timely story that helpfully explains the reality of food poverty in a way primary children can understand. It follows the story of Nelson and Ashley, who rely on going to breakfast club before school and free school dinners. Sometimes their mum, a nurse, needs to access food bank vouchers in order to make ends meet. Nelson is embarrassed and doesn’t want his friends to know. He manages to keep cheerful for his little sister, playing games with her, even when he is really hungry.

The children love the food bank, a place where money is not required to get bags of shopping. It is run by friendly volunteers who give out food that is donated from the wider community. As a volunteer myself, I know that sometimes this is the only place where families don’t feel judged. They can talk to someone who has time to listen and can often signpost them to other organisations who could help.

When food starts going missing, and the food bank is struggling to cope, the children, with their friends Krish and Harriet, decide to find out what is going on. I loved the illustrations by Elisa Paganelli, particularly the one where they are all dressed in their outfits for the stakeout at the supermarket.

The story unfolds quickly. The young people catch the robbers and order is restored. I liked the cameo from local footballer Noah Equiano who arrives to give the children their certificates but understands how they feel as he had had free school meals and been to breakfast club too. He wants to help their campaign to end food poverty and make things equal for all children.

There are information notes at the back of the book to extend the conversations this book will encourage and some clear action points of how to get involved. It’s a great read.

A percentage of the royalties are going to charities who help – The Trussell Trust who run food banks and Greggs Foundation Breakfast Club, plus some other grassroots food banks too.

The Upper World by Femi Fadugba, (suggestion for ages 13+), reviewed by Alison Palmer.

A story with two timelines and two key protagonists separated by 15 years but linked by one event. I loved both main characters. Esso is written in the now and Rhia in the near future. Both Esso and Rhia believe they are incapable of change, but as the time-travelling story unfolds, they see it is possible to create a new future where things are better.

The author has created two very different voices and types of street speak – and both are believable. I also loved the science fiction twists, including drones that intercept people who break the law.

Time travel, access to the Upper World, is through understanding maths and physics in a new way. Rhia is the key to the story and E=mc2  is just part of the answer. I loved the explanations and the appendices, which make the formulas clear. Using everyday language to explain difficult mathematical concepts makes you believe that the worlds of Esso and Rhia and the Upper World are real.
How can Esso change his past to stop his friends from dying in a pointless gang reprisal? How can Rhia change her life of merry-go-round foster parents and schools who expect her to fail? What if ‘Believing is seeing, Esso. Without belief, there is no hope‘?

The Great Godden by Meg Rosoff, (suggestion for ages 16+), reviewed by Dymphna Flynn

Every summer in a holiday house by the English seaside our unnamed narrator and their family fill their days with games, laughter and wholesome outdoor activities. This year is different as the family welcome the glamourous teenage Godden brothers as their house guests.

The Great Godden has a beguiling narrator, who draws the reader in with ironic humour and an observational eye. As well as their name being a mystery, their gender is never revealed, plus several of the other characters have gender ambiguous names like Alex, Tam, Mattie and Mal. It all adds to the intrigue of the two brothers, who, visiting from LA, are the sons of a minor movie star. Described as light and dark, the sensually entrancing Kit has a golden tan and sun bleached hair, while Hugo is aloof and surly.

This is a world of old-fashioned privilege which I found enticing, with its nod to the Great Gatsby, a charismatic mysterious character, and the hot summer in that novel when everything went wrong. There’s the big house and grounds overlooking the sea, the narrator and their telescope, watching over the assembled cast. Meg Rosoff’s writing is completely immersive and with her spare prose she recreates the heightened feelings of first love perfectly. Her characters sometimes uses strong language as real people do, plus she can describe tennis matches, sailing and a gymkhana without ever losing the reader, all the while building tension as the days roll into one.

There are big themes at play in this coming of age story like awakening desire and sexuality, trust and gaslighting, manipulation and the bravery of being honest.  This addictive story of first love and sibling rivalries is highly recommended for older teenagers, and adults, alike. I absolutely loved it.

Dymphna Flynn is a judge on the 2021 Costa Book Awards (First Novel). She reviews books on Instagram @dymphnaflynn and on BBC Sussex and Surrey radio and produced BBC Radio 4’s Bookclub programme for 20 years.