Posted at 10:43h in Our News by Book Clubs in Schools 0 Comments
0 Likes

The autumn chill is upon us and there is no better time to curl up inside with a good book and hide away from the rain outside!  Here a few of our favourites to get you started. 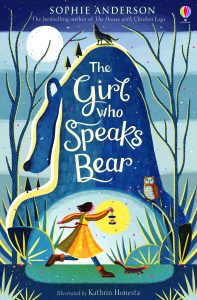 The Girl who Speaks Bear by Sophie Anderson

One common element of many children’s books is a protagonist who feels like an outsider in their own community. Sophie Anderson’s second novel is no exception to this. It tells the story of Yanka; a young orphan from a small village who was discovered abandoned in a bear cave as a baby and subsequently adopted by her foster mother. Yanka is much taller and stronger than the other children in her village and the sense of alienation she feels does not improve when one day, she wakes up with the legs of a bear! This leads to an extraordinary quest of self-discovery that seamlessly entwines traditional folk stories with a truly unique narrative style: a must-read! 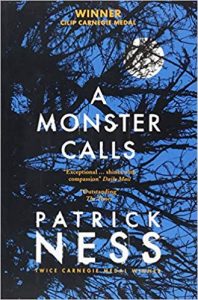 A Monster Calls by Patrick Ness

This quirky fantasy novel by Patrick Ness centres around Conor; a young boy struggling to come to terms with his mother’s impending death from cancer. He is haunted by a recurring nightmare and woken every night at 00:07 by a monster outside his window. However, is the creature really as villainous as it seems? Or does this monster have an ulterior motive? This is a heart-breaking read that tackles the subject of bereavement with poignancy, humour and sensitivity. Based on an original idea by Siobhan Dowd, it is no surprise that this novel received critical acclaim upon its release, and has won both the Carnegie and Greenway Medal. 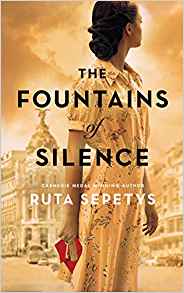 The Fountains of Silence by Ruta Sepetys

It is 1957 and Madrid is inundated by tourists searching for a relaxing sunshine getaway. One of these holidaymakers is an American teenager by the name of Daniel Matheson. He is a photographer, hoping to capture the beauty of the Spanish city. By contrast, the citizens of Spain are under the mercy of Franco’s fascist dictatorship, and still feeling the impact of the Spanish Civil War. It is not long before Daniel discovers some dark secrets beneath the sunny façade; he must make face some uncomfortable truths and make some difficult choices. This complex story about an often ignored period of history keeps you guessing until packing its final emotional punch. Sepetys uses alternating narrative perspectives to provide an educational and eye-opening read. Read our interview with Ruta Sepetys.