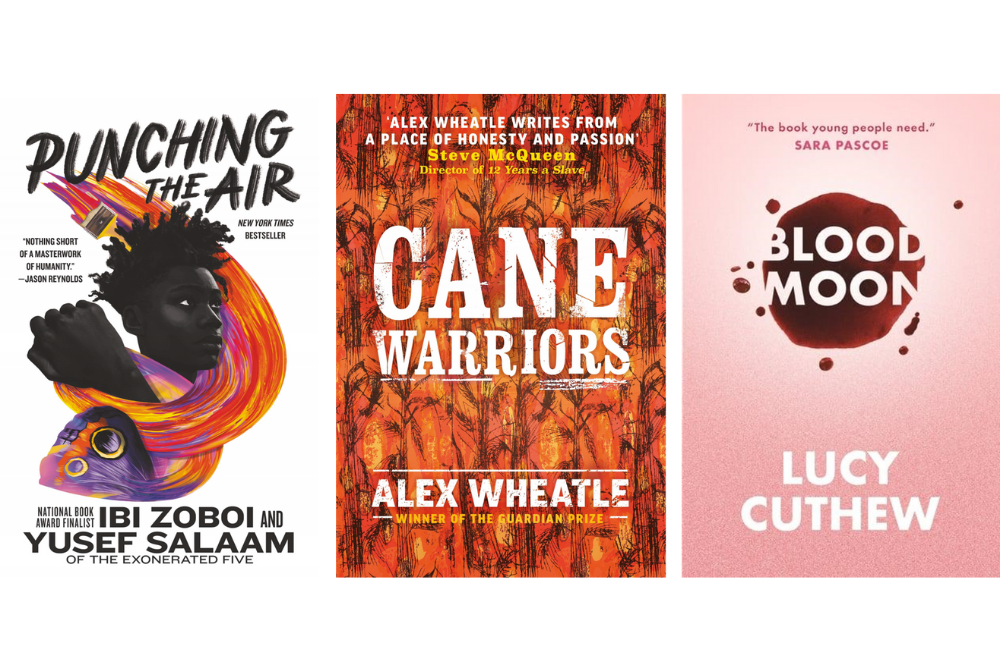 Posted at 09:27h in Our News by Book Clubs in Schools 0 Comments
0 Likes

This month our What to Read Now recommendations shine a light on important subjects.

We also have special reviewers. First up is Seamus, who is in Year 6. Seamus completed an Olympic triathlon over three days and raised over £2,000 to help young people read and discuss diverse and inclusive books. Seamus suggests Punching the Air, a novel in verse, in his fabulous review. The book was recommended in a bookshop  – providing his mum was OK with him reading it! Ali Palmer, our co-founder, recommends Cane Warriors by our new patron, Alex Wheatle. Katy Donnelly, one of our school managers – who also has a masters in children’s literature – chooses Blood Moon, another YA book in verse. 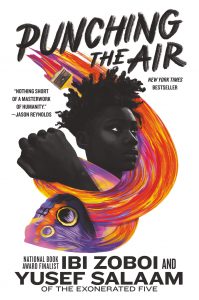 Punching The Air was recommended to me at Round Table Bookshop. I had shared that one of my favourite authors is Jason Reynolds and that I especially liked American Boys. The owner of Round Table said I might like Punching The Air as long as my mom was OK with a 10-year old reading curse words (she was).

This book is a first for me with its wonderful poetry and making shapes with words. Ibi Zoboi and Yusef Salaam’s book is written in verse, with some parts coming from Yusef’s time in jail. Yusef is one of the Exonerated Five and spent time in jail for a crime he didn’t commit, just like the character in the book.

The subject of this book is hard and frustrating at times. The book is about a boy, Amal, who had trouble in school but had a special talent in art. He was overlooked by teachers and never given the benefit of the doubt. One evening he was at the skate park when a bunch of white kids started chasing him and his friends through their neighbourhood when they started fighting. He got blamed for the fight and then arrested. He was sent to court, and the judge found him guilty.

You could imagine that this was the end of the story for Amal, but it’s not. It’s how he overcomes his struggles in jail that makes this story so real. Amal’s art helped him get through the really hard times while imprisoned. Amal’s story, and the way the authors wrote it, really got me thinking about how hard it would be to have to live through that. I really liked this book, especially since it was so educational about what it is like to be discriminated against.

By Seamus Ehrenkranz. You can still donate to Seamus’s Just Giving page: https://www.justgiving.com/crowdfunding/seamus-ehrenkranz 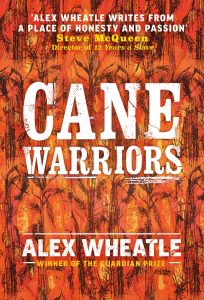 Cane Warriors tells the true story of Tacky’s War against the British slavers in Jamaica in 1760. We follow Moa, as he joins the fight and takes part in the uprising on Easter Sunday. Moa and his friend Keverton must kill Misser Donaldson, the overseer. The choice is kill or be killed.  The story follows the fight to free the enslaved people on nearby plantations. This story is told through the eyes of Moa, you feel and share in his disbelief in what he is planning to do and understand why his father tries to persuade him not to join the uprising.

The faith and determination to make a change are clear throughout the story. The pace is fast-moving, and at times hard to read, the brutality of the life of the slaves is evident. It’s a compelling read, and you want to know how the story ends. As ever, Alex Wheatle’s ability to make a world come alive through the voice of his characters is brilliant. There is hope for the future. De blood will remember.

The cover art is Golden Harvest  (1959) by Althea McNish which became a best selling fabric design. Inspired by wheatfields in Essex, it reminded her of the sugar cane plantations and is a perfect illustration for the book. 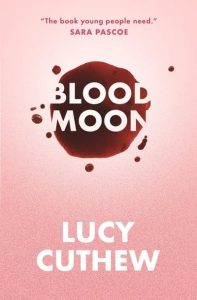 When Frankie and her best friend Harriet fall out over an inappropriate email sent to a teacher, her new relationship with the very lovely Benjamin offers a welcome escape.  They share an interest in space as well as a strong physical attraction.  When Frankie gets her period on their first sexual encounter, they agree it’s only blood.  No problem.  But then it goes viral on social media and the online shaming starts…

Cuthew packs so much into this carefully crafted verse novel, deftly capturing the emotional swerves of teenagers and tackling the taboo of periods.  It is ultimately hopeful and a robust response to social media shaming and the stigma around periods.

A big thank you to all our reviewers this month. Do let us know your recommended reads.