Posted at 14:19h in Our News by Book Clubs in Schools 0 Comments
0 Likes

The children and young adult’s literature market has never been more packed full of interesting and dynamic books. In the run-up to summer, we’ve listed a few of our favourites to sit out in the sun with and keep you entertained until September! So pick up a book (and maybe an ice cream!) and settle down to relax! 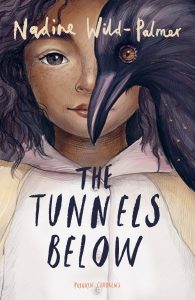 The Tunnels Below by Nadine Wild-Palmer

Twelve-year-old Celeste experiences a birthday she’ll never forget when, on an uneventful train ride, she gets separated from her family and discovers a whole other civilisation of creatures living in tunnels underneath the bustling streets of London!

Will Celeste be able to uncover the mysteries that lie beneath the city and be reunited with her family? Nadine Wild-Palmer builds a sinister subterranean world that keeps you guessing and we would recommend this to adventurers of any age; we wish all our train journeys ended like this! 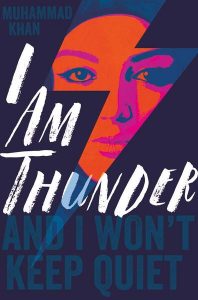 I am Thunder by Muhammad Khan

Most of us spend our teenage years dreaming of what we’ll do when we ‘grow up’. However, fifteen-year-old Munza has no such luxury, with her pushy parents stifling her passion for writing and insisting on her pursuing a career in medicine. Her strictly controlled home life coupled with her struggle to settle in to a new school leads Munza to feel invisible. This all changes when she catches the eye of the charming Arif. With his good looks and charismatic personality, he seems too good to be true. Is he hiding a darker secret? Can Munza stay true to herself when faced with an impossible situation? Muhammad Khan’s debut novel packs a powerful punch and doesn’t shy away from tackling some of the most difficult issues in our society. A 2019 Brandford Boase Award-winner. 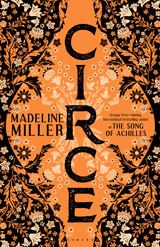 Do you ever wish you could just abandon your real-life and instead become a Greek Goddess? One for the older readers, this novel is an epic tale spanning generations that puts a fabulous feminist spin on The Odyssey. It chronicles the life of Circe: the daughter of the mighty sun God Helios. When compared to her powerful brothers and sisters, she appears incredibly average and lives in their shadows. However, she soon discovers her own special gifts that may lead to her eclipse them all. This is a Greek soap opera packed full of fascinating characters and enthralling mythology. It’s no surprise that this book has been shortlisted for the ‘Women’s Prize for Fiction 2019’ and selected as Book of the Year by several major publications.