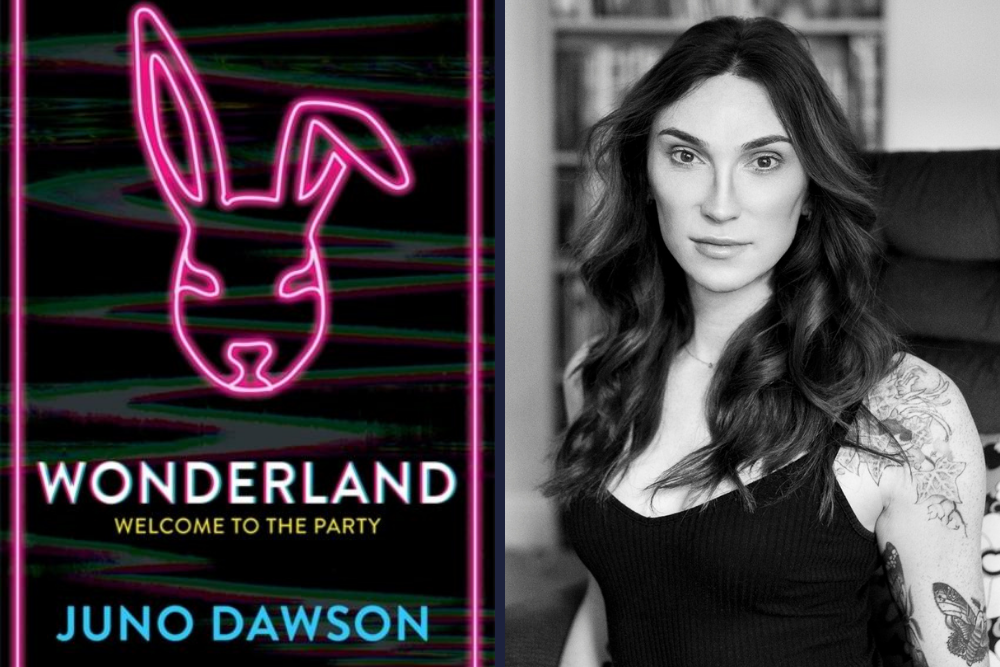 Posted at 18:08h in Uncategorized by Lucy 0 Comments
0 Likes

This is a story told through the eyes of Alice, a trans pansexual girl who is always on the outside of things at her very posh London school, St Agnes. After she spends a night with the most interesting and popular girl in the school, Bunny Liddell, who she bumps into at the fairground on Clapham Common – Bunny disappears. The book then follows Alice’s attempts to find her. Having gained entry to an exclusive party – Wonderland – the nightmare really begins. The references to Alice in Wonderland add to the strangeness of the book and the belief that literally anything could happen and most of it could be bad. The book carries a warning at the front, and contains sexual assault, drug use and deals with mental health issues including self-harm. This is definitely a book for older teens and there is a lot to talk about.

The characters outdo each other in their willingness to try everything and it is hard to find a redeeming feature in any of them. At the centre of the party and calling all the shots is Paisley Hart and as the story unfolds it is clear that she is utterly heartless. Imagine Sharpay from High School Musical with unlimited money and a drugs empire. Within the chaos, you remain hopeful that Alice will survive, with Cat (who lurks in the shadows, just like the Cheshire Cat) watching over her, maybe somehow Bunny will be found unscathed.

All of the characters are flawed and the ability to get away with almost anything if you have money is clearly one of the themes. Death stalks this novel and the memory of Antonella who died from a drugs overdose is never far away. There is lots to unpack and process but underlying the issues is a witty, pacy and action-packed novel. It’s definitely a trip worth taking.