Review – When The Sky Falls 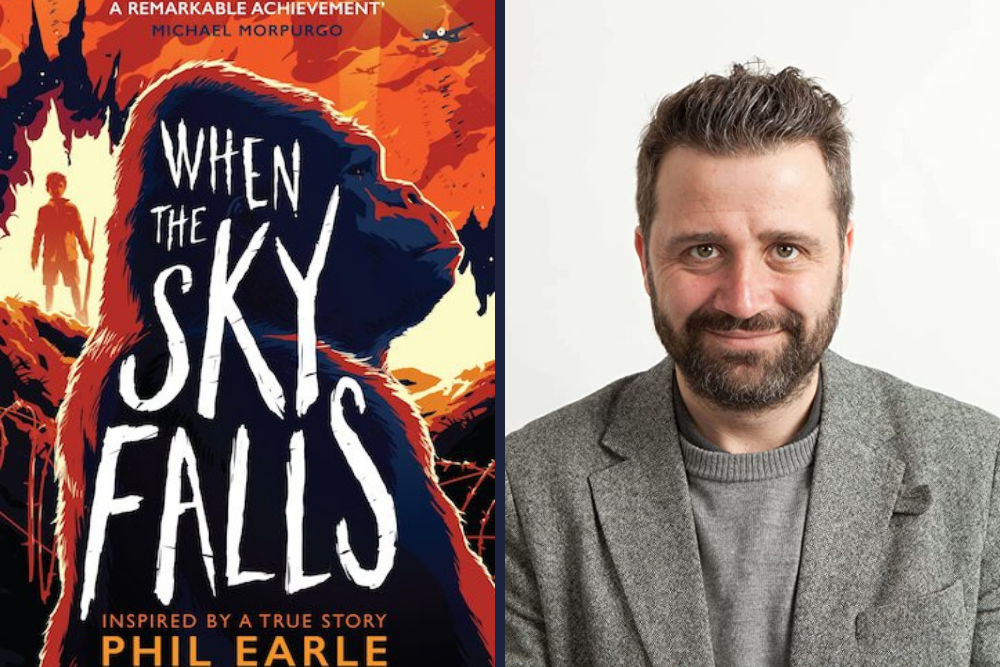 06 Sep Review – When The Sky Falls

Posted at 15:45h in Uncategorized by Lucy 0 Comments
1 Like

When The Sky Falls by Phil Earle, reviewed by Alison Palmer

This is a beautifully written story of Joseph finding his forever home in the confusion and chaos of the Second World War. Abandoned by his mother, with his father fighting in France, Joseph is in constant trouble. So his grandmother sends him away to London to the care of Mrs F, or Mags to her friends. Joseph has little choice but to stay despite it being clear that Mrs F doesn’t like him or want him around.

The action is set in a zoo, held together, after most of the animals have been relocated to the countryside, by Mrs F’s sheer bloody-mindedness. Adonis is (was) the pride of the zoo, a silverback gorilla. He is a dark, brooding and dangerous wild animal. Mrs F shows Joseph how to look after him – treat him with respect but always to be wary.

I loved this story. The theme of loss running through it makes this a sad but incredibly uplifting book. The plot is fast-paced and you really care what happens to Joseph and Mrs F. I kept willing them to understand each other and meet in the middle. The Second World War feels like another character in the book, with the bombs that show no respect and Hitler as the ultimate bully, and bullies must never win. Small snippets of daily life add texture to the story, a milkman delivering milk to a house that no longer exists, kids playing on rubble.

Mrs F and Joseph co-exist, and whilst the fight to save Adonis brings them closer, they are still worlds apart. ‘Joseph felt a bond with Adonis in these dark days of his life and this filled him with happiness, but also dread. Happiness that Adonis finally trusted him, but dread that their friendship might soon be over.’

The finale of the story will keep you on the edge of your seat. This is ultimately a story of finding love in the unlikeliest of places. Read it and hold your loved ones close.