Recommended reads from the Book Clubs in Schools Community 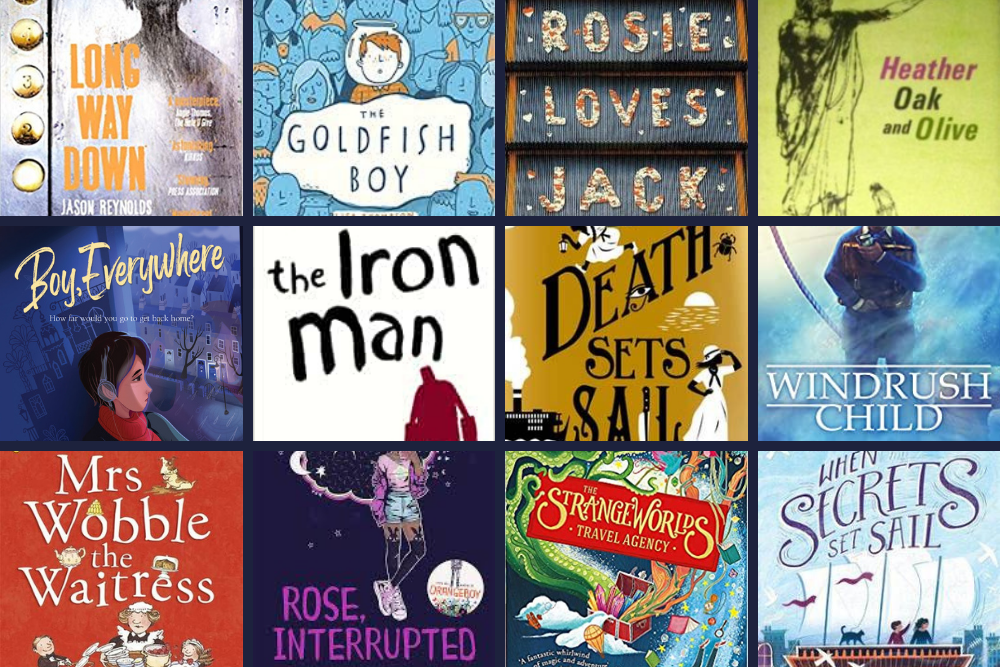 09 Jan Recommended reads from the Book Clubs in Schools Community

Posted at 22:14h in Uncategorized by Lucy 0 Comments
0 Likes

At the end of 2020, we asked friends and supporters of BCiS to recommend a children’s or YA book. We also requested a sentence explaining why they chose this book. There’s quite a collection of titles here. Which have you read? What’s your recommended read?

Ali Palmer co-director of Book Clubs in Schools selected A Snowfall of Silver by Laura Wood. A beautiful, escapist YA love story for ages 12+

The writer Tom Palmer selects Heather, Oak and Olive by Rosemary Sutcliff. Three stories that really make you feel you are right there in the ancient historical settings. One story is about two runners in the original Olympic Games and is just beautiful. As is The Chieftain’s Daughter. I am not alone in owing a debt to Rosemary Sutcliff.

Katy Donnelly is one of our school managers. Katy is also a book blogger and has an MA in children’s literature. Katy’s top teen/YA Christmas read is Dash and Lilly’s Book of Dares by David Levithan and Rachel Cohn. It is also a very binge-able Netflix series.

Lisa Thomson, writer, says: “A book that I have really enjoyed this year is The Strange Worlds Travel Agency by L.D. Lapinski.  In this fantastical adventure, Flick discovers a strange shop where, if you step into a suitcase you can travel to different worlds. Ingenious!”

David Stevens is the co-founder of Knights Of. He recommends Death Sets Sail by Robin Stevens, admitting there’s “some family bias perhaps”. “My book of 2020 is the final Murder Most Unladylike adventure – Death Sets Sail. Being next to Robin as she climbed deep inside pyramids and sailing up the Nile to where the murder happens didn’t prepare me for the end of Hazel and Daisy’s adventures! A perfect end to the series.”

Alex Wheatle, author and BCiS patron, recommends Benjamin Zephaniah’s Windrush Child: “A fabulous, informative story that relates the tale of a Windrush boy who arrives in England for the first time. It’s packed with Jamaican history and first-hand experiences of a new arrival in the UK.”

Victoria Gray of Give a Book recommends Jason Reynolds’ masterpiece Long Way Down. “It’s simply the story of young Will’s journey to ground level in a lift—but this extraordinary verse rap poem story, compressed in time and space, bursts out of itself with meaning. It’s about making up your mind, action and consequence, life, death, choice, love, meaning. Wonderful.”

There are fond memories associated with the choice of Karen Millen, grants manager of John Lyon’s Charity. “Mrs Wobble the Waitress (and the entire Happy Families series!). It brought my so much joy when I was little, and I actually won a World Book Day fancy dress competition as Mrs Wobble, complete with real jelly that I then proceeded to eat during the rest of assembly!”

Rosie Loves Jack by Mel Darbon was selected by Carole Estell, school librarian and book blogger (as The Reading Jackdaw): “Rosie and Jack love and need each other, when Jack is sent away Rosie won’t let anyone tell her she can’t see him. Her journey, which takes some dark turns, is the backbone of a beautiful, diverse love story that you shouldn’t miss.”

Lucy Walker who works for Book Clubs in Schools picked Lisa Thompson’s The Goldfish Boy. “I read this with my 10-year-old for the BCiS Instagram readalong. We were both gripped by the mystery and our hearts went out to the title character, Matthew. Looking forward to the follow-up!”

The writer Stephen Kelman chooses The Iron Man by Ted Hughes. “A timeless fable about friendship, and how we’re better off when we try to understand each other.”

Author Jasbiner Bilan chose When Secrets Set Sail by Sita Brahmachari. ‘I loved this story which uncovers important forgotten histories and tells them with such wonderful heart.’

A.M. Dassu, author, suggested Rose Interrupted by Patrice Lawrence. “I recommend Rose Interrupted by Patrice Lawrence. A thoughtful, superbly written YA novel that depicts how difficult it can be to learn a different way of life and start again, moving from a comfortable home to a cramped one bedroom flat where hunger and poverty become a part of life.”