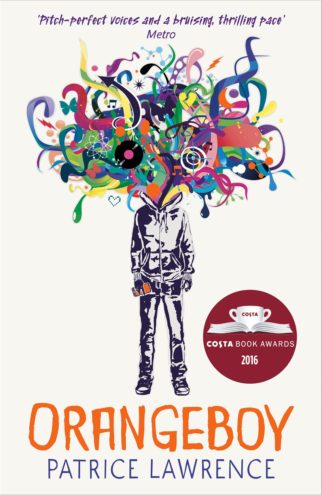 I was the kid people looked straight through. Not any more. Not since Mr  Orange.

Sixteen-year-old Marlon has made his mum a promise – he’ll never follow his big brother, Andre, down the wrong path. So far, it’s been easy, but when a date ends in tragedy, Marlon finds himself hunted. They’re after the mysterious Mr Orange, and they’re going to use Marlon to get to him.

Marlon’s out of choices – can he become the person he never wanted to be, to protect everyone he loves?

A young man has an impossible choice to make, in this powerful urban story that will challenge preconceptions and melt the hardest heart.

Patrice Lawrence
We use cookies to ensure that we give you the best experience on our website. If you continue to use this site we will assume that you are happy with it.OkNoPrivacy policy