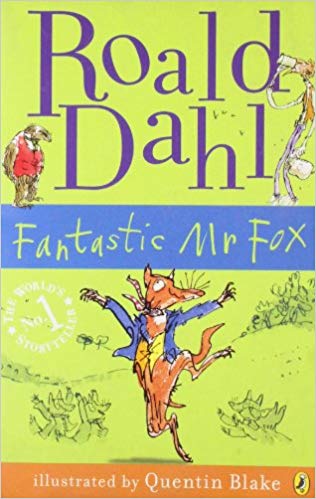 Every time Mr Fox steals a chicken from the farm, Farmers Boggis, Bunce and Bean grow wild with rage! They’re the nastiest crooks in the valley, and they’ve concocted a cunning plan to dig him out of his hole once and for all. But it never occurs to them that Mr Fox has a fantastic plan of his own . . .

“A true genius . . . Roald Dahl is my hero” David Walliams

***with an exciting look into Roald Dahl’s world***

Roald Dahl, the best-loved of children’s writers, was born in Wales of Norwegian parents. After school in England he went to work for Shell in Africa. He began to write after “a monumental bash on the head”, sustained as an RAF pilot in World War II. Roald Dahl died in 1990.

Quentin Blake is one of the best-known and best-loved children’s illustrators and it’s impossible now to think of Roald Dahl’s writings without imagining Quentin Blake’s illustrations.