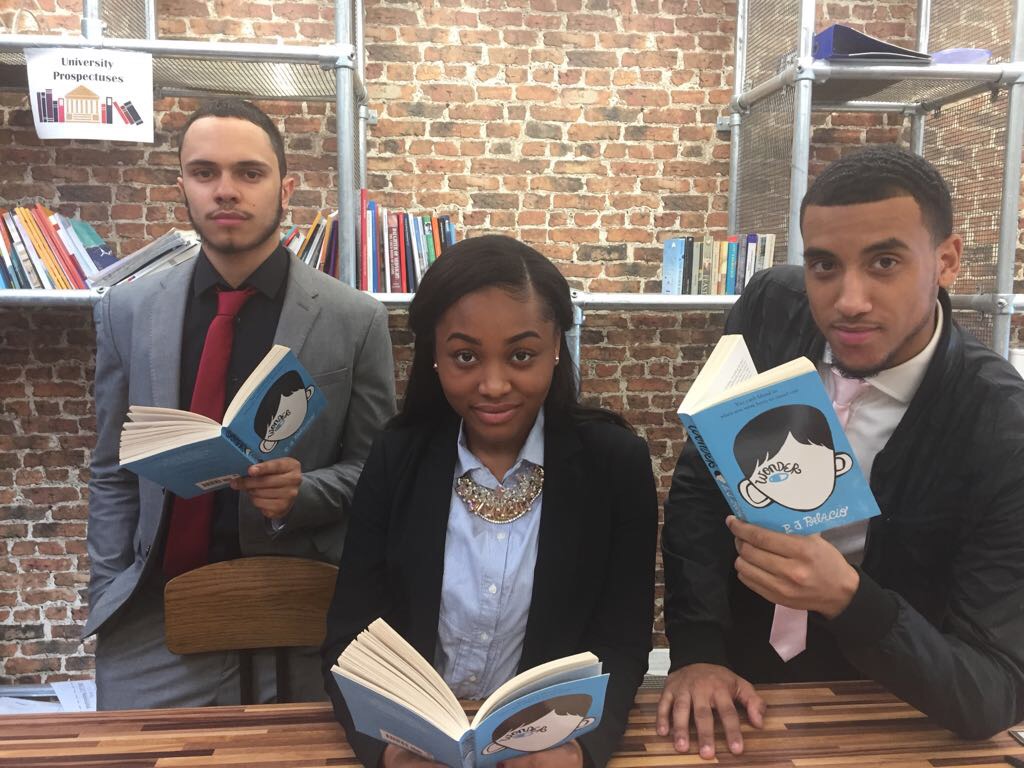 Posted at 13:31h in Our News by Book Clubs in Schools 0 Comments
0 Likes

View from the School Coordinator

In September, 25 Year 12 students volunteered to become Book Club Leaders. After a short training session, the students were provided with the books and resources and the discussion questions for each week. Working with the Head of English, we decided it would be best to run Book Clubs during tutor time, so it felt less like a boring usual lesson and something more fun. Thus the Year 12’s were divided into pairs and distributed to a small group of Year 7’s.

Each reading group was thus assigned a space – in the library or a small classroom and the Year 7s and Sixth Formers set off reading! Each Sixth former led the session very differently and I was happy to encourage individuality.

I was amazed at how the Sixth Formers were able to assign homework which was completed by the Year 7s and indeed were motivated enough to bring in their own incentives – from stickers to sweets. Over the course of the year, on four Sixth formers dropped out, whilst the entire Year 7 population went through this programme, led by a Sixth Form Reading Captain who changed every term.

I can’t recommend this enough as an incredible opportunity for Sixth Formers to develop in their own leadership and for that very special peer-to-peer mentoring/relationship to evolve that can motivate the younger students.

View from the Book Club Leaders

As Sixth Formers we were Book Club Leaders for two school terms. The programme helped us as well as the Year 7s in our development of a wide range of skills that can be applied to multiple settings. We read Wonder, which was recently made into a highly recommended movie. The book is loved by every pupil. They were able to relate as the book focuses on a young boy who is initially viewed as different from everyone else but is finally accepted by other children his age.

Personally we believe that the scheme not only develops their reading and communication with others but also aids them in seeing beyond the surface and to ‘not judge a book by its cover’.

If you would like to run a successful book club in your school, get in touch info@bookclubsinschools.org