My experience as a Book Club Leader 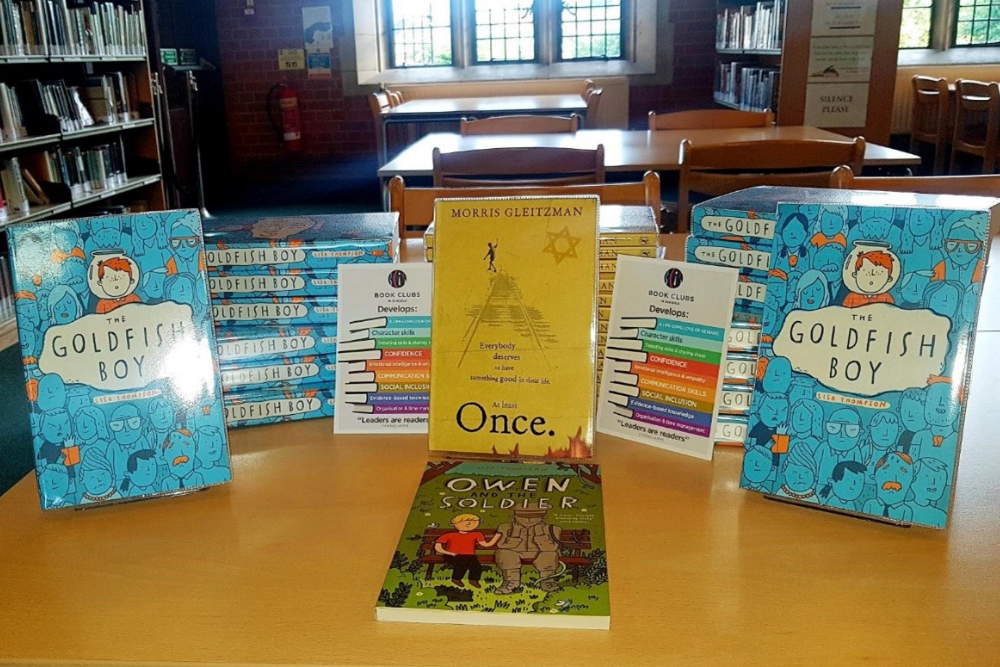 28 Jun My experience as a Book Club Leader

Posted at 09:23h in Featured, Uncategorized by Lucy 0 Comments
0 Likes

Sofia, a Sixth Former, at St Albans School wrote about running a Book Club for pupils at Beech Hyde Primary School. Our Book Clubs in Schools model works for secondary schools to run within a single school, but also for state or independent secondary schools to partner with local state primary schools. A huge thank you to Sofia for sharing this beautifully written blog; we’re delighted you gained so much from the experience!

To be perfectly honest, when I selected the Partnership option for my Friday afternoon activities at the beginning of Lower Sixth, I envisioned myself sitting at the back of a classroom for half an hour on a Friday afternoon, occasionally assisting the teacher with small tasks and then rushing back to school to make the most of my free periods. What I got instead was a completely different experience.

Myself and five other students were lucky enough to be selected as members of ‘Book Club’ partnered with the Year 5 and 6 pupils of Beech Hyde Primary School. We were fortunate enough to communicate directly with the charity itself, Book Clubs in Schools, and we began our first week with a training session run by one of the heads of the charity where they explained that our role as a Book Club Leader was to read parts of the book out loud with the children, discuss pre-written questions about the book together with them and answer any questions they had. In reality however, Book Club turned out to be something so much more – it was such an amazing, priceless experience to read with all the children and watch their confidence grow as they began to read with expression, fluidity and intonation.

By the end of the first three weeks, even the quietest children felt confident enough to put their hand up to read, a stark contrast to how they were in the beginning and the thought-provoking, intellectual questions asked by some of them meant that we were able to delve into much larger discussions with every child contributing their ideas. Some of the most successful books were ‘Once’ by Morris Gleitzman, ‘The Goldfish Boy’ by Lisa Thompson and ‘The Boy at the Back of the Class’ by Onjali Rauf, which all explored some extremely heavy topics including bullying, racism, the Holocaust and disabilities. Discussing these topics proved to be both interesting, and at some points, extremely challenging as it was difficult to ascertain in certain situations how to best answer some more challenging questions based on the younger age of the children and how to brush over the more traumatic details of events such as the Holocaust.

The curiosity of the class made the whole experience inspiring, and seeing how much the children were completely immersed in their books and engaged with the discussions motivated me as a Book Club Leader to think of new, fun activities to help them further understand their books each week so that they would enjoy their time in Book Club. Although this sounds slightly cheesy, I would have to say the worst part of Book Club was seeing their smiles turn to frowns as their sessions ended and they hugged us all goodbye. The bond I made with my Book Club groups was something so special and I felt extremely proud to be such an important role model for those children. A definite highlight for me was when the children were able to choose an essay or piece of writing they had written themselves to read out to me – they were simply beaming with pride as everyone complimented their work, the standard of which was incredible, and it was so rewarding to watch their confidence grow right before my eyes.

Friday afternoons were the highlight of my week at school; I honestly could not recommend Book Club enough, the experience was invaluable and taught me so many things about my own character such as to have patience, leadership skills and the impact of positive reinforcement on young children. As each group was split into abilities, with some students having special needs so we learnt to alter our approach with each group in order to bring out the best in them all, which was an extremely delicate skill to master. I would really like to thank both St Albans School and Book Clubs in Schools themselves for offering this rare and rewarding opportunity – and of course the children at Beech Hyde Primary School who were simply a joy to work with.