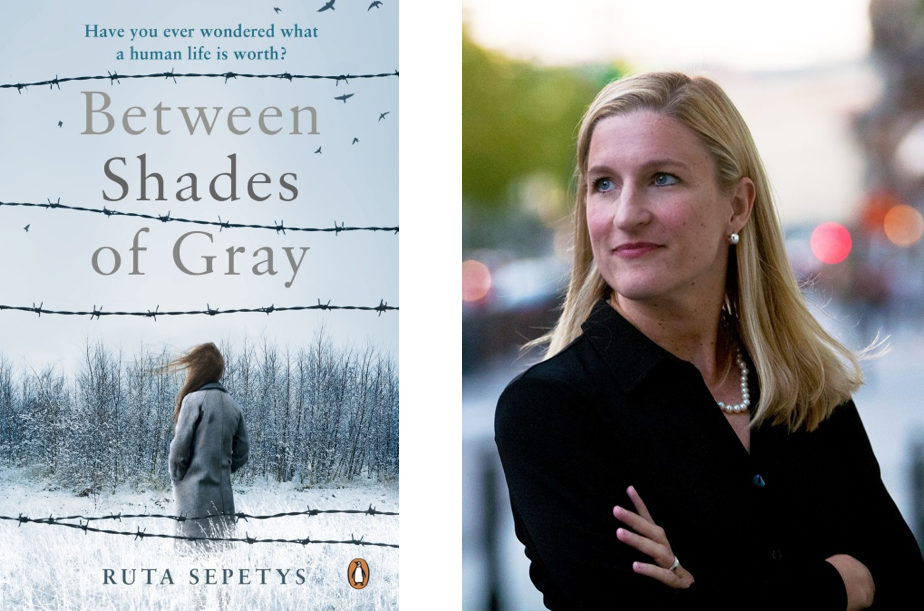 Posted at 03:23h in Our News by Book Clubs in Schools 0 Comments
0 Likes

When did you first know you were a writer?

I knew I wanted to be a writer when I was ten years old. I read James and the Giant Peach by Roald Dahl and was captivated with the idea of writing stories. But I didn’t know I was a writer until I completed my first novel—twenty-five years later.

What inspired you to write Between Shades of Grey/What is your favourite part of the book?

Between Shades of Gray was inspired by the experience of my father’s extended family members who were deported to Siberia by the Soviet regime. My favourite part of the book is the scene where Lina encounters the Soviet guard, Nikolai Kretzsky in a weakened state. At that moment, she has every opportunity to perpetuate the hatred the Soviets have inflicted upon her and other prisoners, but she chooses otherwise. Humanity and compassion prevail.

Share an interesting experience you’ve had with one of your readers.

My goal in writing historical fiction is to facilitate dialogue about hidden history. Families who stood on opposite sides during the war might read one of my books and come together at an event to discuss it. That presents an important opportunity. Once a book is released it belongs to the reader. And whether a reader likes or dislikes the book—the reader is always right. During one of my book events, a conversation began with a group of readers who had opposing views. We were able to listen to one another and disagree, but without being disagreeable in nature. We all learned from one another. At the end of the event, a reader said, “I’m leaving tonight with the following conclusion: I don’t like your book, but I like you.”

It felt like true progress. History divided us but books united us in story, study and remembrance.

How would you describe your writing style in three words?

What is the best advice you’ve received?

“To give anything less than your best is to sacrifice the gift.” – Steve Prefontaine

What are you reading?

Last Witnesses: An Oral History of the Children of World War II by Svetlana Alexievich

What are you working on now?

I’m currently working on a new novel* set in Romania during the Ceaușescu dictatorship. I’m very excited to share the history and stories of the time period.

A very special thank you to Ruta Sepetys. Between Shades of Gray is on our Book Club list.

*Her new novel, The Fountains of Silence, is on sale now.